Levels of Life by Julian Barnes

My father owned a book called Van Loon’s Lives originally published in 1942 and it was one of my early reading experiences.  In  it the author invites pairs of famous people for dinner.  It didn’t matter if the guests lived in different centuries, this was a beautiful fantasy where a conversation could be constructed between very different people. Think of Sir Thomas More with Erasmus, Beethoven with Napoleon,  Mozart with Hans Andersen , Plato and Confucius, Chopin with Emily Dickinson.  I don’t know how the book would fare these days but for me it was a wonderful potted introduction to famous people in history. It’s back on my reading list after all these years.

I was reading a 1954 reprint of the book.   The endpapers show the supposed setting for the dinners.

It was brought back to my mind when I started reading Julian Barnes’ “Levels of Life”.  As he started telling me about the early experiments with ballooning I found myself thinking I like this bloke.  I’d like to be at a dinner party where he is a guest. And hence Van Loon’s Lives !

I picked this book to read as I had so enjoyed his “Sense of an Ending”.  I get such a feeling of calm from his writings. 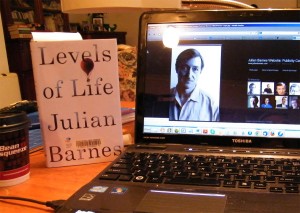 But it’s an unusual book. Of just 118 pages I could call it a pot-pourri.  It starts off with stories of the early experiments with ballooning, the early adventurers escaping from the pull of the earth and an 1858 attempt at aerial photography.  We also learn a lot about the actress Sarah Bernhardt which you possibly hadn’t heard before, and then it moves on to his grief at the death of his beloved wife, Pat Kavanagh. For someone who normally lives a very private life, he is very revealing about his loss and its effect on his life.

At one stage his attitude to Death is “ It’s just the Universe doing its stuff.”  I like that.  It stacks up well against the usual condolences which are proffered. .  The Universe doing its stuff.  When we disintegrate do we break down into atoms or something smaller like an electron or a proton ?  I can visualize all my little bits and pieces floating around the Universe and hopefully one day in the distant future one of them will be re-cycled and become a part of a brilliant scientist or artist, writer or singer, pianist or doctor, someone who contributes strongly to their community.  Note that I didn’t include a Member of Parliament!

He appears to have no dependants, no going out each day to a regular job- is he alone too much with his grief ?  Would he have coped differently with  a fixed income and three children at school  That word LOVE needs a lot of consideration.  I felt there was so much dependency there,  Where is the borderline between Love and Dependency ?

Make sure you know the dictionary definition of uxurious before you start the book – excessively fond of your wife. .  He has a thing about people who don’t use the same meaning as he does, but then again he was a lexicographer for a while.

The copy of the book which I have read was published by Jonathan Cape.  I found it strange that it didn’t contain a list of the author’s previous publications.  When I enjoy a book one of the first things I do is go to the front of the book to find out what else he/she has published.

Since finishing the book a week or so ago I am still picking it up and opening it at random to read a paragraph or too.  I need to re-read the whole book. In the meantime, look what I found in Van Loon’s Lives – a lovely old bookmark.   British Commonwealth Day began in 1958, replacing Empire Day.

Help with a blog 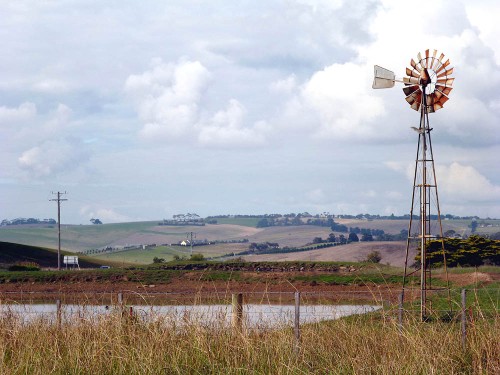 I’m an Australian woman, living in Victoria, where the majority of us are descendants of migrants.. Apart from a lengthy interest in genealogy I enjoy reading and writing, embroidery and quilting, Su Doku and TV, politics and current affairs, and anything that doesn’t involve me in too much exertion. Actually I can get interested in practically anything if someone goes to enough trouble to make it interesting ! I even watched some cricket the other night. My blogs are Bound for Australia http://boundforoz.wordpress.com/ for family history Lazy Coffees https://lazycoffees.wordpress.com/ for books, reading,writing Rambling around my Life http://diamant-solitaire.blogspot.com.au/ for embroidery and quilting.

Presenting and Preserving the Past

The Heneker Family - Pioneers from Kent to South Australia

A blog full of humorous and poignant observations.

Family history across the seas

My family history in Australia and overseas and related migration research

The Chronicles of a Book Addict

... or "An insight into personal family history research"

The Lives of my Ancestors

Lives, Biographies and Sketches of my Family History

covering local and family history in the greater Barwon region

Treat yourself to good books!

I blog about things that interest me